From twisted insane asylums to self-loathing vampires, the Twilight Saga contains some truly interesting stories that we wish would have been made. 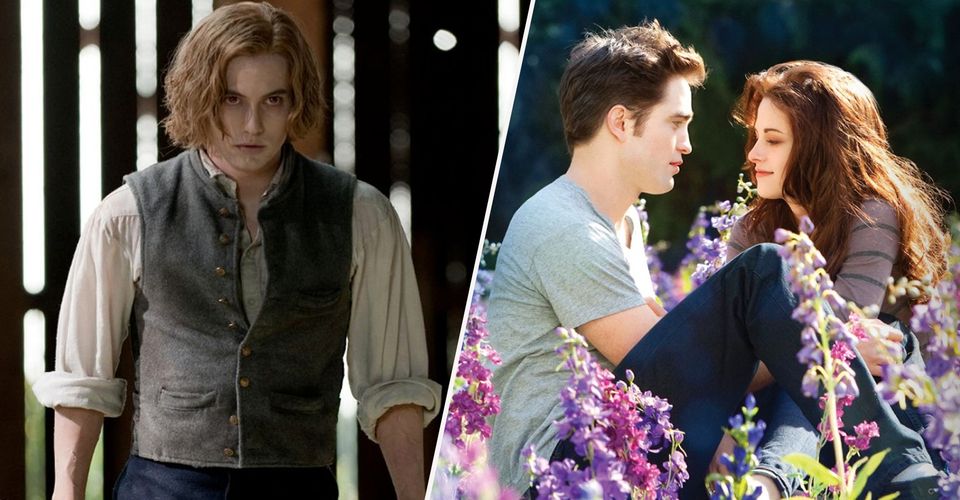 Both critics and fans of the Twilight Saga will know that the series focuses on the sometimes questionable romance between Bella and Edward. Some people think that these two are star crossed lovers who deserve a happily ever after, while others believe that this relationship is nothing but one red flag after another.

But regardless about how you feel about the two leads of the series, one has to admit that Meyer did a fantastic job building a fascinating world filled with truly interesting characters with vivid backstories- that were, unfortunately, pushed to the sidelines in order for Bella & Edward’s romance to take centre stage. From twisted insane asylums to self-loathing vampires, the Twilight Saga contains some truly interesting stories that we wish would have been made into full budget movies in their own right. 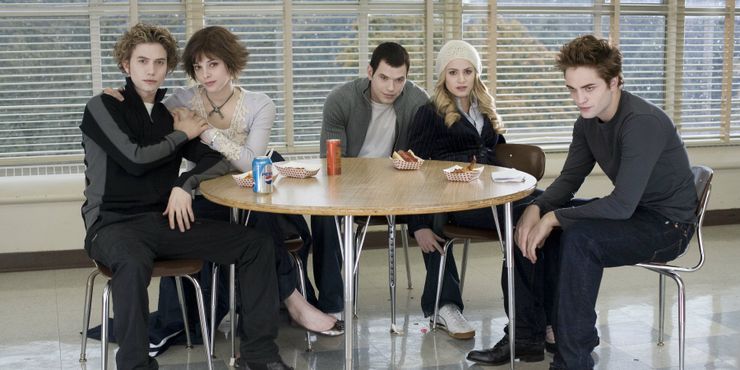 Abandoned by her family who told the world she was dead so that they no longer had to live with the shame of having someone abnormal in their family and tortured by those who were supposed to help her, Alice has true demons in her past.

Transformed in passing and forced to figure out how to navigate the immortal world on her own, it is a true miracle that Alice made it out alive or even mentally sound in the end. Maybe her visions of the future kept her sane as she could focus entirely on the light at the end of a very long tunnel. It is truly sad that her entire backstory was left out of the film. 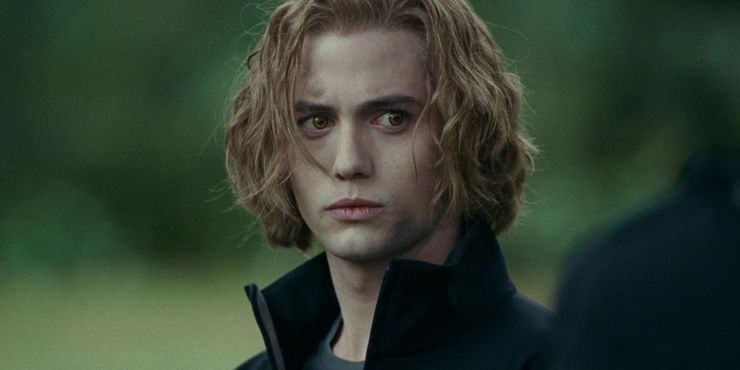 There are things that have occurred in the world’s history that have been left out of the textbooks that we study in school. Deaths, atrocities, and wars waged between opposing supernatural factions that could have drastically changed life as we know it, had they gotten out of hand.

Jasper has a fascinating backstory involving the vampire wars of the American south and, unfortunately, they were condensed into a brief flashback in the third film of the series. Both we and Jasper deserve better.

8. The History Of The Denali Clan 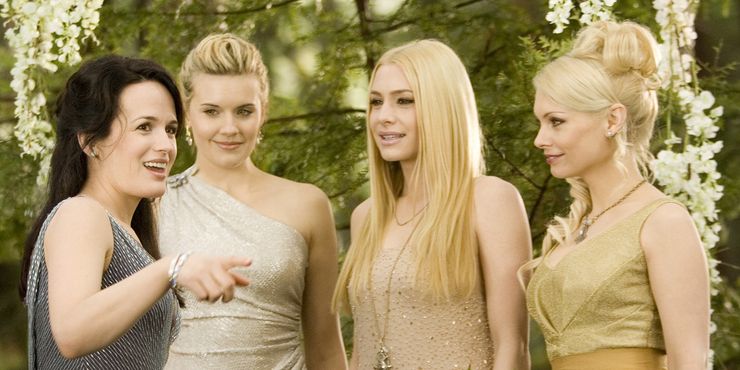 There is just something so fascinating about the vampires that reject their nature. They don’t want to be monsters, they just want to be people. They live in families, of their own creation, they no longer feast on humans, and they try their best to live morally upstanding lives.

The combination of the desire and the tragedy that occurred when the sisters of the Denali clan lost their mother after they chose to create an immortal child would make for a truly fascinating film. We could also even include a brief exploration of Laurent’s time with the clan. 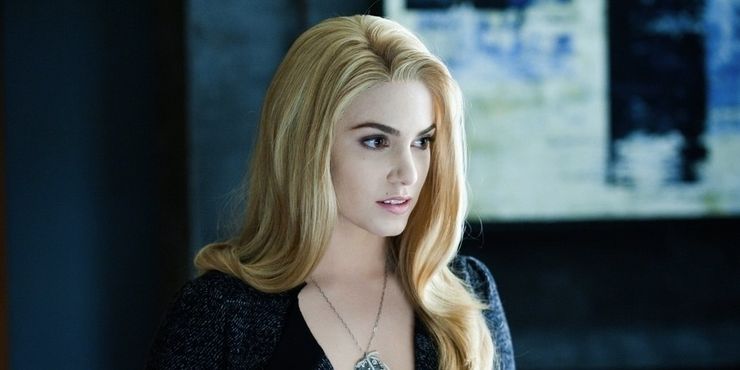 If there is anything that the vampires in the Cullen clan have in common, it is a good tragic backstory. And while we enjoyed the brief and condensed version of Rosalie’s story that was included in the third film, we truly believe that he story could have been (and should have been) expanded into a full film.

After being raised to believe that the best thing that you can be is rich and beautiful, a young Rosalie thinks that she is on her way to achieving everything she has ever dreamed of after meeting and becoming quickly engaged to a boy that her parents introduced her to. But things take a turn for the deadly when he and his friends assault her and leave her for dead in the street. Luckily Carlisle found her and she was able to enact her revenge.

6. Victoria And Her Newborns 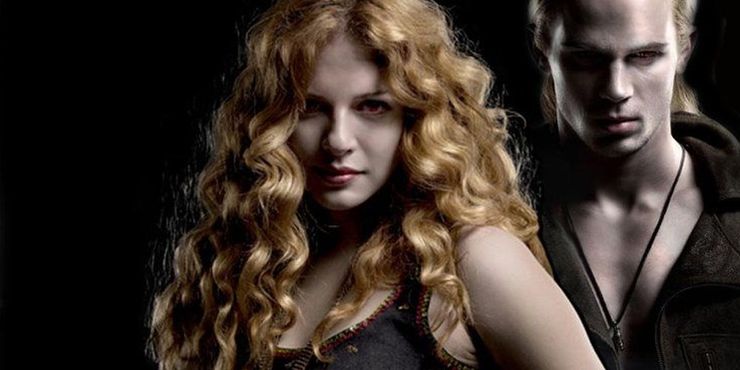 Seeing exactly what went down, from Victoria’s perspective, would make for a fantastic reverse-narrative film. In Victoria’s eyes, this mortal teenager wiped out her mate with no effort, took down every obstacle Victoria sent their way, eliminated an entire army of newborns, and walked away (almost) unscathed in the end.

This seemingly plain teen was also protected by a large number of vampires and werewolves. Bella would seem utterly terrifying if the script was flipped. Also, watching the newborn army being formed, Victoria track Bella, and the ways in which this sadistic figure manipulated everyone around her to do her dirty work would make for an entertaining movie. 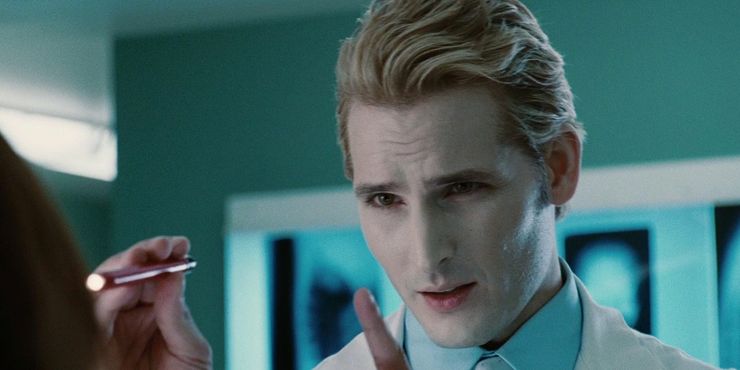 Taking up close to an entire chapter in the book, it seems odd that Carlisle’s intense and amazing backstory was condensed down to such a short scene in the film. Those who have seen the film but have never read the books would have no idea that Carlisle was the son of a religious figure in Europe who was attacked by a creature of the night while carrying out his father’s work. That he tried, desperately, to end his life because he thought he was the worst kind of monster.

That he broke down, ate a deer, and realized that he didn’t have to be the monster that his father told him these creatures were. And that he dedicated the rest of his life to using his powers to protect as many humans as he could (which included saving their lives by transforming them into creatures of the night as well.)

4. The Politics Of The Volturi 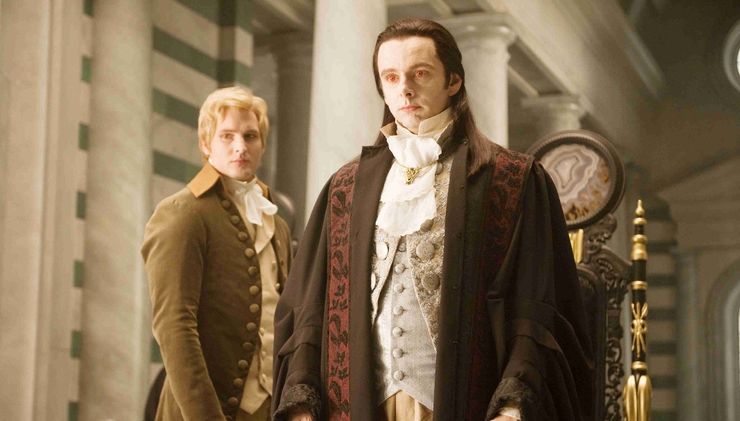 The Volturi were a truly fascinating group of villains and the films barely scratched the surface of their history and the implication of what they do and have done with the power that they have amassed over the centuries.

Taking the role of the “governing body” of the vampire world, these characters use their power to enforce the rules of the vampire world in order to keep the existence of these creatures a secret. Many believe that they are the protectors and see them in high regard. But when a clan has something that they want, charges will pop up against them and all members (save for their one that they are seeking the recruit) will be sentenced to death. Watching them hunt down those with special powers could make for a thrilling political drama. 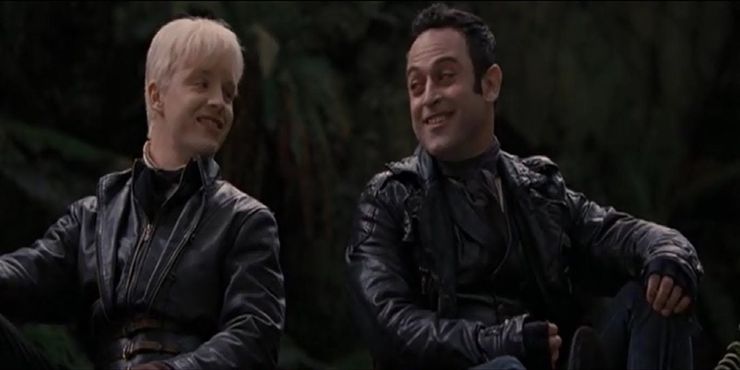 The interesting thing about this dynamic duo lies in the mystery behind them. Very little is known about them, other than the fact that they were once rivals to the Volturi, in terms of power, and that the Volturi did their best to literally eliminate the threat. They were lucky to escape and have, from what we can tell, spent hundreds of years waiting to get their revenge on the governing body of the vampire world.

A period piece detailing the rise and fall of their power as well as the ways that they kept themselves occupied while waiting to exact their revenge could make for an engaging and intense fantasy series. 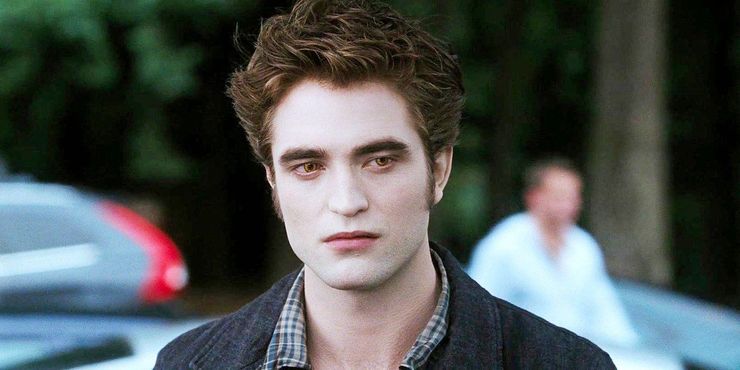 Though Edward is one of the main characters of the film series, there are still aspects of his own life that were not truly explored. On the night before the wedding, we briefly see one of his vigilante killings and have heard him mention his rebellion in passing before. Shortly after being bitten, Edward decides to forgo any attempts at clinging to his humanity and abandons his family. But he is very careful when choosing his victims.

He chooses to only take down evil people who seek to do harm to others but eventually is so overcome by self-loathing of his monstrous nature that he returns home in shame. Fans of the classic brooding and tortured style of vampires might love this gorier take on the series. 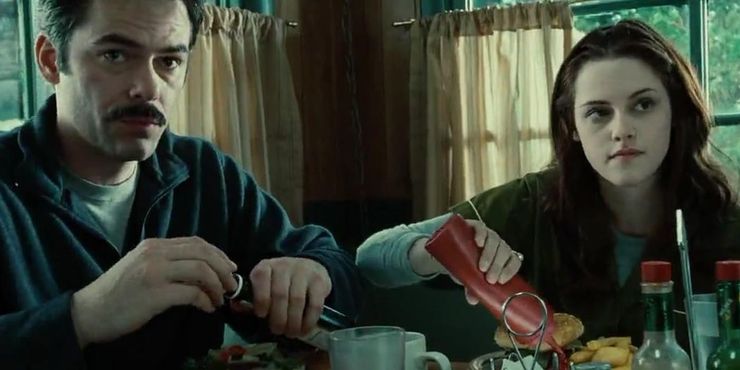 The wonderful thing about Charlie is that he, as a rule, does not ask questions. When the son of his best friend reveals that he can turn into a wolf, he simply accepts it as something that happens sometimes. When his own daughter nearly died and then comes back completely fine, obviously different, and with a daughter that is clearly her own blood, he accepts it.

When that same child goes from being an infant to nearly seven years old in the span of a few months, he accepts that too. Knowing what Charlie is thinking and how he feels about the bizarre events occurring all around him would make for a truly entertaining film.


Twilight fans have found their next fix here