Even though Twilight fans have enjoyed seeing her career progress, they will always have a place in their hearts for the films that started it all… 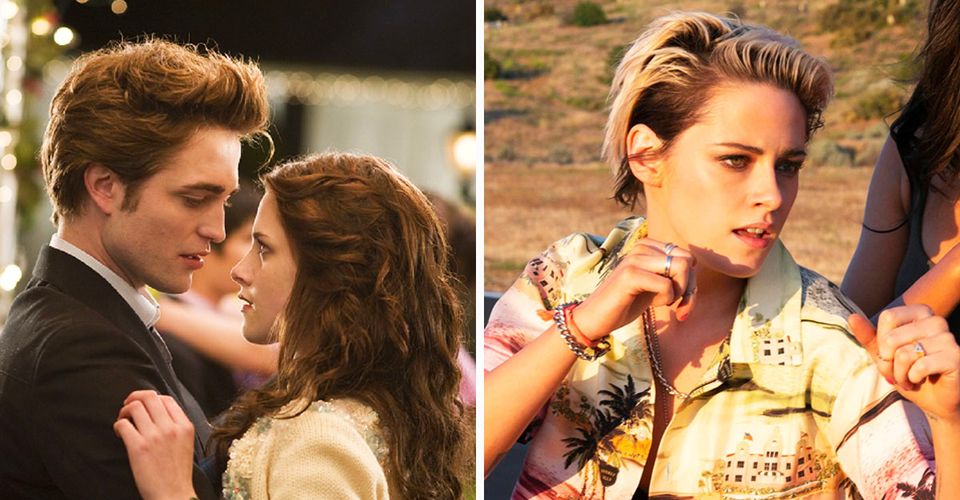 Released between the years 2008 and 2012, The Twilight Saga was a franchise of films that did so well that they managed to gross $3.3 billion in worldwide box office receipts. On top of the money those movies made, they also developed an extremely loyal fan base that cared deeply about not only the films, but many of the people who were involved in making them.

Definitely one of the Twilight actors who is still in high demand as an actor, Kristen Stewart is a star to this day. Even though many Twilight fans have really enjoyed seeing where her career has gone, they will always have a special place in their hearts for the films that made them love her to begin with. With that in mind, it is time to get to this list of 20 photos of Kristen Stewart that make us miss Twilight. 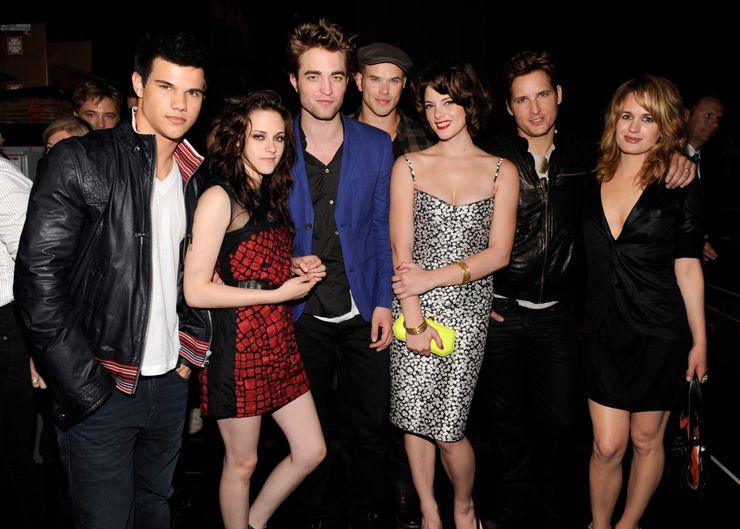 When most people think of the Twilight films, three actors come to mind, Kristen Stewart, Robert Pattinson, and Taylor Lautner. However, this photo of the three of them along with some of their other co-stars from the series reminds of something important, how much chemistry Kristen had with almost every actor from the franchise. If only Anna Kendrick was included in this picture too. 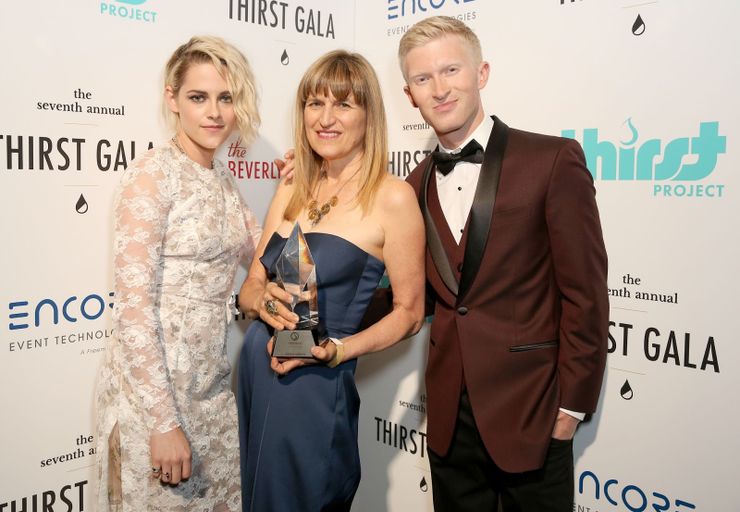 For those of you who don’t know who the woman in the middle of this 2016 photo is, her name is Catherine Hardwicke and she directed the first Twilight movie. With that in mind, we are so happy to know that Hardwicke and Stewart have remained close enough that Kristen presented Catherine with an award years after they first worked together. 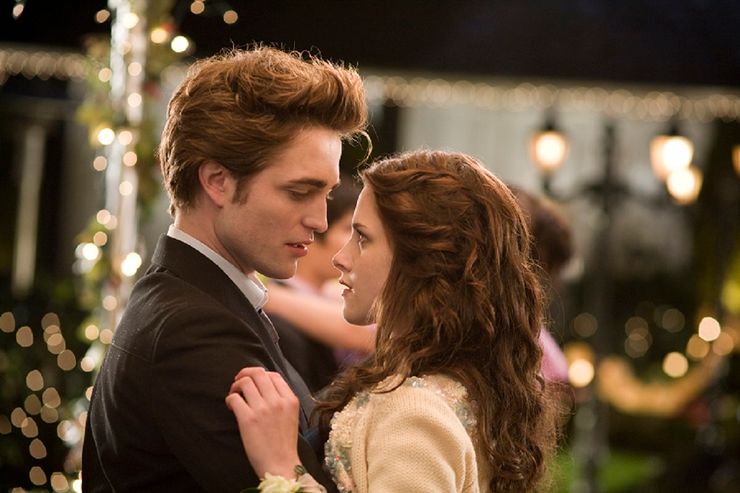 Long before most of us were old enough to attend a prom ourselves, we got our impressions of how glorious they could be from TV shows and movies. A perfect example of that, this screengrab from the Twilight prom scene reminds us of how much that sequence felt like a fantasy come to life when we first watched it.

17. A Different Kind Of Tale 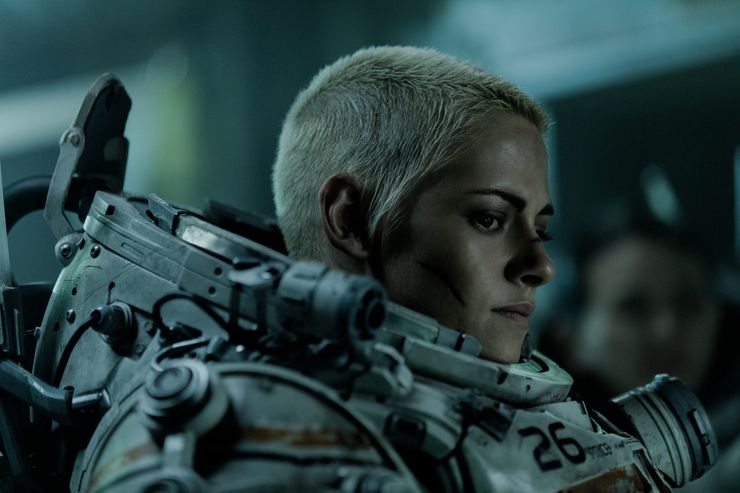 As of the time of this writing, Kristen Stewart’s upcoming movie Underwater has yet to come out. As a result, we have no idea if it absolutely rules or is a total stinker. That said, even if the movie is awesome, it is abundantly clear that it isn’t the kind of film that will make your heart swoon and we miss seeing Kristen in movies like that. 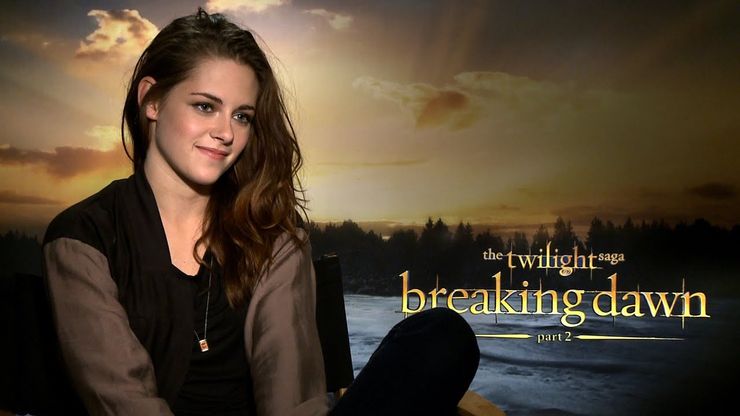 If you are like us, you’ve probably seen many Kristen Stewart interviews and concluded one thing, she has grown to really dislike taking part in them. However, this photo of her during the press junket for Breaking Dawn Part 2 makes it seem like she enjoyed the press a lot more back then. Either that or she was better at hiding her frustration with questions. 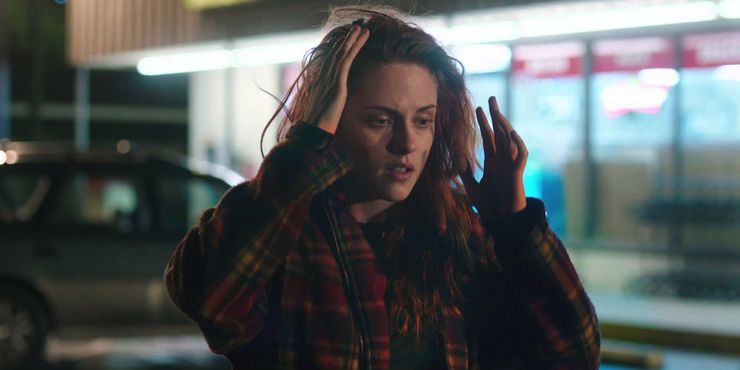 Even though this list makes it obvious that we miss seeing Kristen Stewart in new Twilight movies, the fact remains that she has been great in several films since leaving the franchise behind. However, in our opinion, American Ultra was an extremely subpar movie that was beneath her talents so seeing images of Stewart in it makes us nostalgic for a better time. 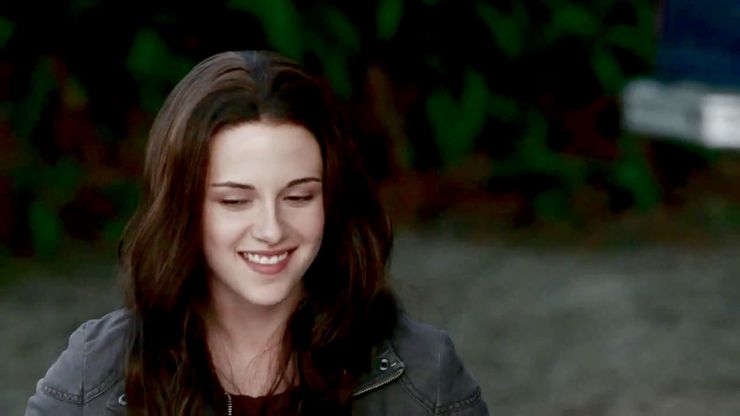 Let’s face facts, even though most of the people who would read this article are bound to like Kristen Stewart, she has faced a lot of criticism by those that find her acting one note. However, anyone that claims that Kristen spends all of the Twilight movies looking miserable is remembering the films wrong, as this image from Eclipse proves. 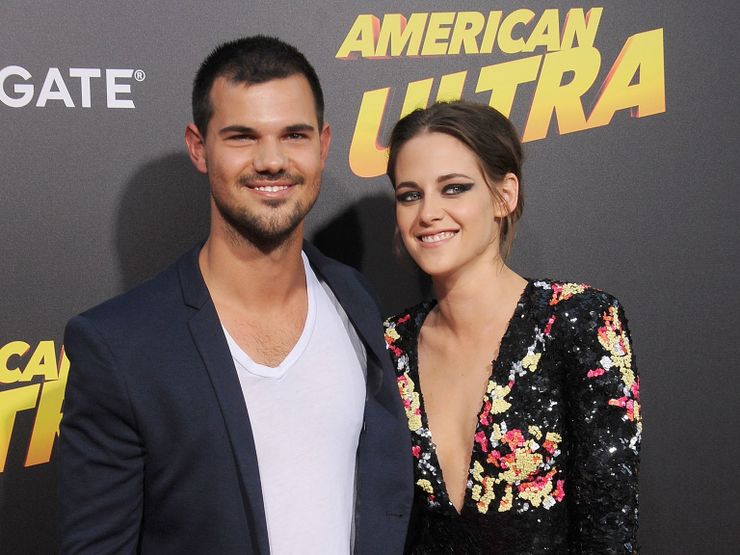 Due to the fact that Kristen Stewart dated Robert Pattinson in real-life and their Twilight characters got married, it can be easy to forget how strong her bond with Taylor Lautner seemed to be. However, this photo of Lautner showing up to the premiere of Kristen’s movie American Ultra in order to support his friend makes us remember how much we liked seeing them together. 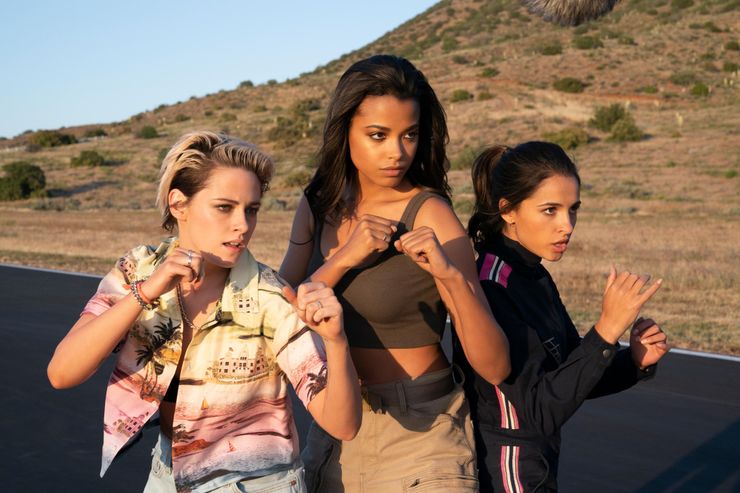 Since Kristen Stewart left the Twilight movies behind her, she has mainly focused on appearing in low budget films that cinephiles love. Although we greatly respect the direction her career has gone, we’d be lying if we pretended that we didn’t salivate about the idea of her headlining a franchise again. Unfortunately, she seemed poised to do just that if 2019’s Charlie’s Angels took off but it flopped at the box office. 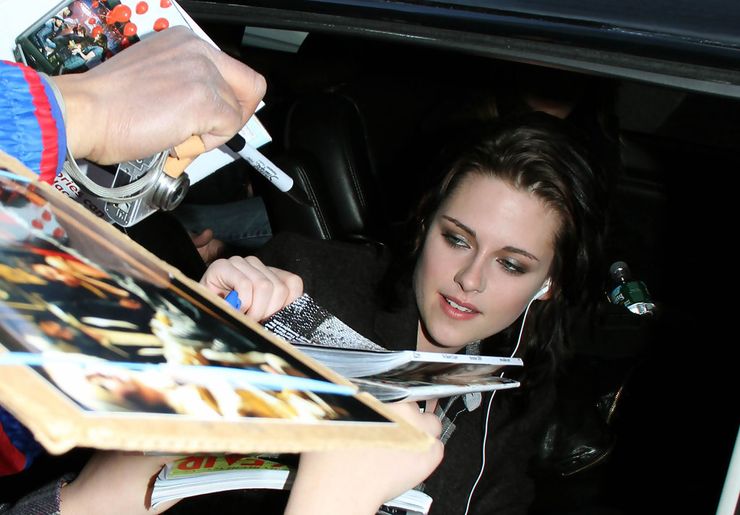 Earlier in this list, we touched on the fact that Kristen Stewart mostly seems to be unimpressed whenever she has to take part in interviews. On the other hand, this picture of her leaning out of her vehicle to sign autographs, which clearly was taken during the Twilight era of her career,reflects how she feels about fans. 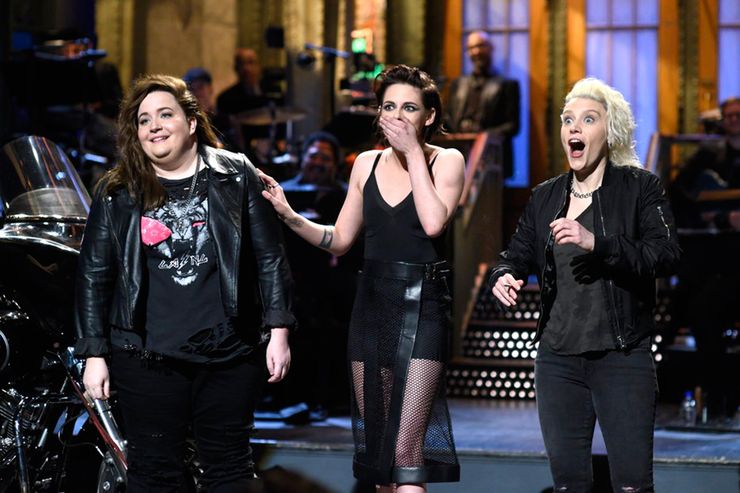 Like most celebrities who’ve shown staying power, Kristen Stewart has hosted Saturday Night Live several times over the years. Often entertaining when she appears on the show, we ultimately owe all of her appearances to the fame that Twilight earned her. For that reason, because of Twilight, we got to see the amazing moment where she accidentally swore while hosting the show and shocked her costars and herself in the process. 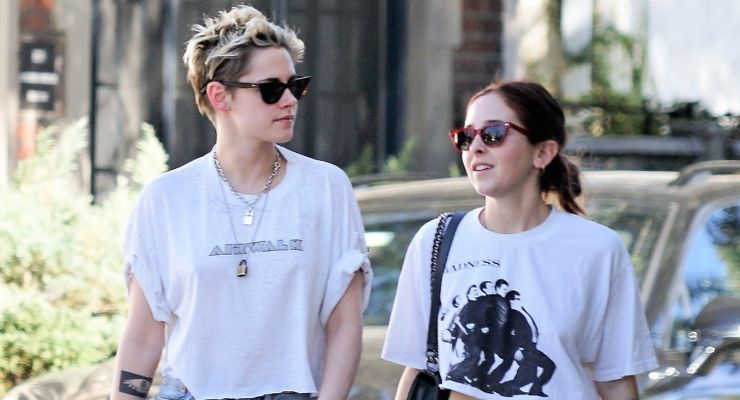 For the most part, movie stars all seem to wear the same kind of clothes as one another on top of sporting similar hairstyles as well. On the other end of the spectrum, the one thing we can always depend on when it comes to Kristen Stewart’s image is that she isn’t going to conform. If originality isn’t an awesome trait in a person we don’t know what is. 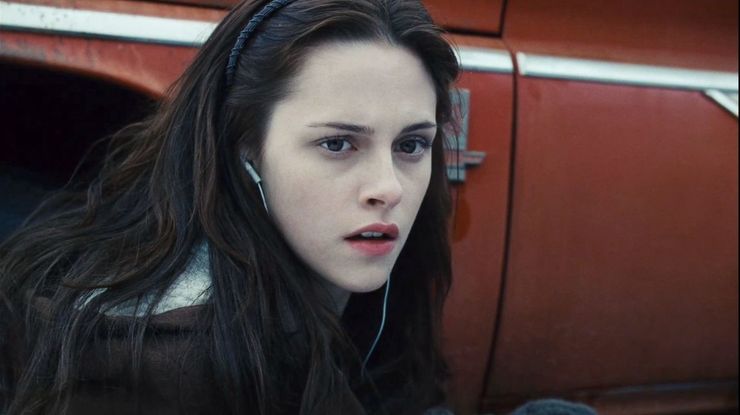 As we all know, when most Twilight fans think of the series there is one thing that comes to mind first, romance. Despite that, from the moment we saw Bella Swan on the big screen we liked her as a character and not just because we knew she would take part in quite the love story. For that reason, we love this shot of Kristen Stewart as Bella before her life changed forever. 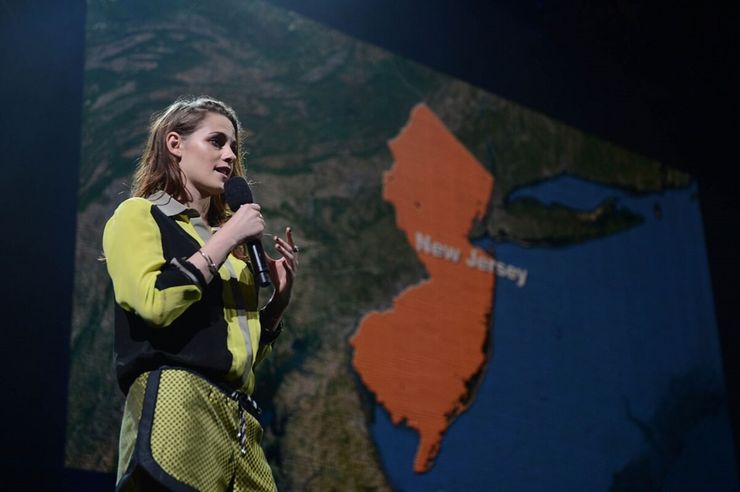 Due to the fact that her starring role in the Twilight movies turned Kirsten Stewart into a star, she has managed to trade on her celebrity status in order to do good work over the years. For example, we love the fact that Kristen’s Twilight stardom helped her to fight against sex trafficking on top of working with Oxfam and the Red Cross. 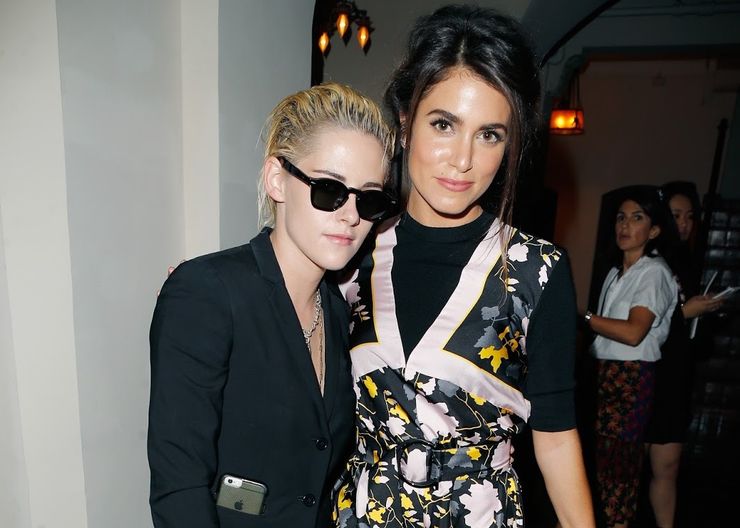 As any Twilight fan should already know, Nikki Reed’s character in the series wasn’t a fan of Bella Swan for quite a while. However, judging from this 2016 photo of Nikki and Kristen and Kristen Stewart reuniting, they seemed happy to be together again. While we can’t be 100% certain they enjoyed seeing one another, we adore this relatively recent shot of the pair.

5. The Once Happy Couple 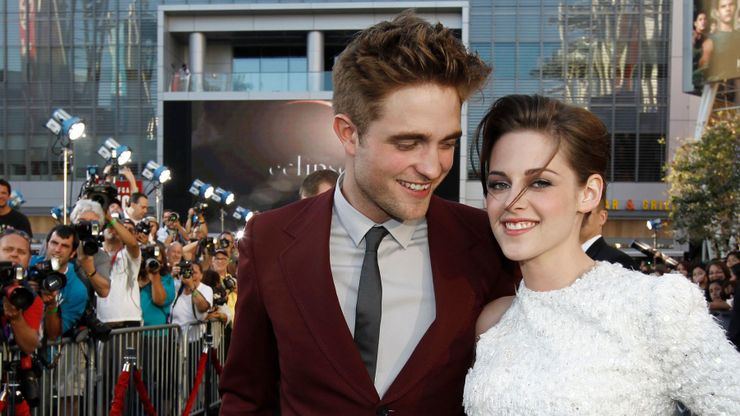 In the years since Kristen Stewart and Robert Pattinson broke up, she has been open about the fact that she disliked the way the public seemed to think they had a stake in their relationship. Still, we have to admit that seeing this photo of the pair looking so happy together on the red carpet makes us remember how much we loved them together at the time. 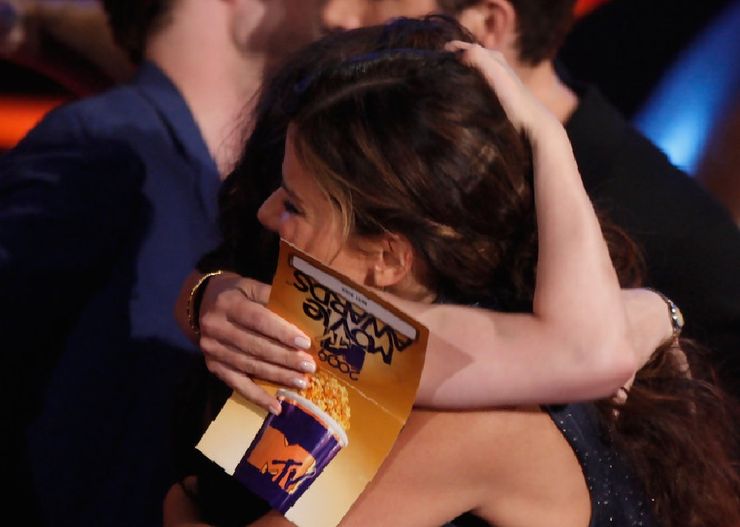 After the colossal success of the first Twilight movie, Kristen Stewart got the chance to rub elbows with some of the biggest stars in the world. At that time, she made us like her even more, when she took full advantage of sharing the stage with Sandra Bullock at the MTV Movie Awards by passionately hugging her.

3. Going Down In History 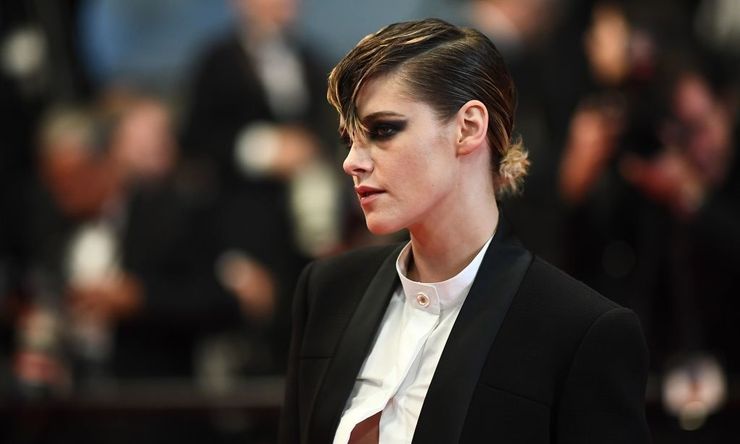 Earlier in this list, we looked at the fact that Kristen Stewart has a unique style. More than that, we have to go a lot further as we think that images of her like the one you see here are bound to cement her legacy as a fashion icon at some point. 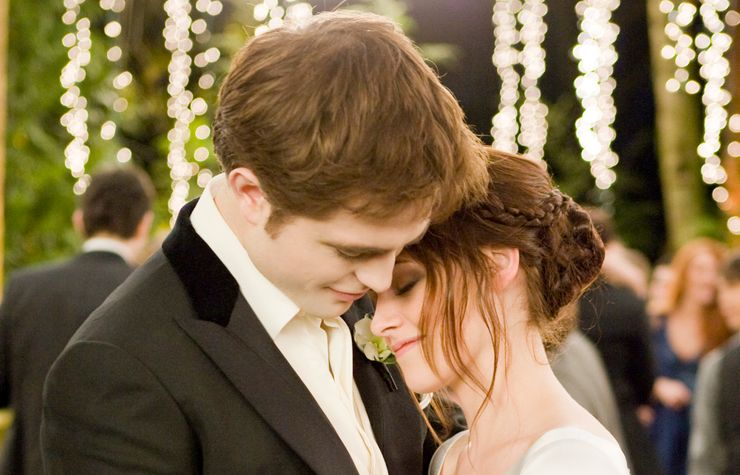 After years of the Team Jacob versus Team Edward debate taking over the Twilight fan base, must of us were ready to see Bella find happiness with one of her two suitors. Thankfully, anyone that hoped to see Bella fully embrace her love for one of the pair got their heart’s desire when she married Edward in a gorgeous film sequence. 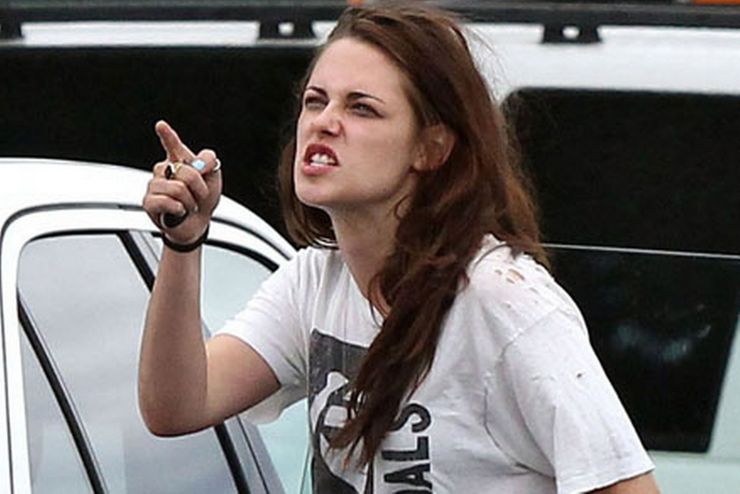 Ever since a gaggle of photographers began following celebrities around like a bunch of vultures, most people have grown to dislike the paparazzi. While many people in the public dislike the abusive ways they bother stars, celebrities themselves have all the more reason to loathe anyone that follows them. Seemingly unwilling to put up with paparazzi herself, this photo of Kristen Stewart yelling at them reminds us how awesome she is and makes us want to see her in our favorite role again.


Twilight fans have found their next fix here